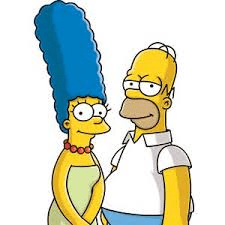 Al Jean, long-time showrunner of Fox Television’s The Simpsons, caused a ruckus over comments in a recent interview by Variety magazine when he suggested that iconic cartoon characters Homer and Marge Simpson would get divorced during the show’s upcoming 27th season. The story of a potential Homer and Marge divorce quickly spread across the globe and was covered by USA Today, CNN, ABC News, The View, and countless other news outlets.

The Simpsons, TV’s longest running scripted primetime series, follows the antics of its eponymous family led by bumbling father Homer, his dutiful wife Marge, and their three children, the hellraising Bart, genius Lisa, and baby Maggie. Creator Matt Groening based many of the characters and the show’s setting, Springfield, on his own family and hometown.

Often a hysterical comedy and a doting satire of middle-class America, Groening and Jean both have credited the show’s lasting viewership to its depiction of a loving marriage between Homer and Marge, despite the crazy characters and situations surrounding them. The show has threatened the Simpson marriage during several episodes, but also resolved any conflict by the end of that show. The Simpsons Movie, a 2007 hit, was largely based on the potential end of Homer and Marge’s marriage, but again, ended with the two characters in embrace and all forgiven.

Many critics and fans have complained about the show’s movement towards increasingly outlandish and more cartoonish behavior in later seasons, leading some critics to believe Jean’s comments of a potential divorce were a realistic storyline and a by-product of the deviation from the show’s original quality.

In response to the vast media coverage and fan outrage over a potential divorce, Jean later clarified his comments to assure everyone that Homer and Marge’s marriage was as strong as ever and we can look forward to more Simpson’s hilarity in the upcoming season.