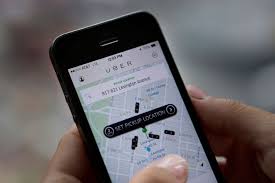 A husband in France is suing the popular ride-sharing company Uber for inadvertently alerting his wife about his extramarital affair with another woman. According to the husband’s attorney, a “bug [in the Uber app] has caused [the husband] problems in his private life” for which he is now seeking up to €45 million in damages.

The lawsuit alleges that the husband once used his wife’s cellular phone to hail a driver via the Uber app, but then subsequently logged out of his Uber account on her device. However, allegedly the Wife continued to receive notifications from Uber regarding her husband’s requests for rides long after he initially logged out of the app on her phone. Apparently, a bug in Uber’s app caused messages to be sent to the wife despite the fact that the husband was reserving rides on a completely different device. Due to these errant notifications, the man’s wife investigated the husband’s trips and ultimately figured out that he was having an extramarital affair.

Whether the husband’s case will be successful is yet to be seen. A BBC Article on the case pointed out that the newspaper Le Figaro tested the man’s claim and did find that after logging out of the Uber app on one device that it nevertheless continued to receive notifications regarding Uber rides reserved on a different device. Regardless of the potential software bug, whether the man will prevail will likely largely depend on a judge or jury’s opinion as to whether the husband deserves to be compensated in the first place given his underlying conduct.