Russian billionaire Farkhad Akhmedov was ordered by a Court in England to pay his ex-wife Tatian Akhmedova $646 million as part of the parties’ divorce. In order to satisfy a portion of the funds owed, that Court ordered Mr. Akhmedov to convey ownership of the couple’s $500 million luxury yacht named Luna. 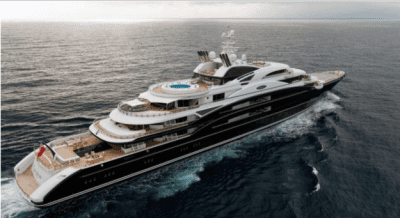 However, Luna, which boats a 10 VIP guest cabins, a spa, outdoor swimming pool, 2 helipads, and is supported by a crew of 50, remains in a dry dock Dubai.

Mr. Akhmedov challenged the British court’s ruling and has taken a number of legal maneuvers to prevent transferring ownership of the yacht and paying even a penny to his ex-wife. Among those, Mr. Akhmedov claims the parties divorced years ago in Russia. The Court in England disagreed, finding that the Russian divorce documents presented by Mr. Akhmedov were forged. In the meantime, Mr. Akhmdedov has sought to have the fate of the yacht determined in Dubai where he believes local law will be more favorable to his case.

This international divorce case highlights an issue facing many spouses in North Carolina Family Law: how do you protect and collect assets that a spouse is trying to hide?

North Carolina Family Law provides numerous methods for uncovering hiding assets or to recover assets a spouse tries to hide or refuses to transfer when ordered by the court to do so. One helpful strategy is the use of a Temporary Restraining Order and Preliminary Injunction which prevents a spouse from moving assets or transfers an asset to the moving party to prevent the assets disappearance or waste. A Temporary Restraining Order and Preliminary Injunction can also be used to freeze assets that are to be utilized to make periodic payments to a spouse, such as a brokerage account that will fund alimony payments at a later date. Judges also have the ability of force a party to take certain action through a Temporary Restraining Order and Preliminary Injunction, such as the return of personal property or the return of funds back to a bank account.

Unfortunately, parties in North Carolina Family Law cases sometime need legal action to prevent their spouse from taking assets to which they are entitled. If you have any questions about this issue, please call us at (704) 810-1400 to schedule a consultation.