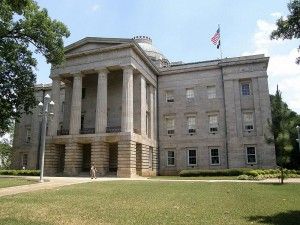 On March 28, 2013, North Carolina Republican Senator Austin Allran proposed Senate Bill 518, dubbed the Healthy Marriage Act, which would change the requirements to obtain a divorce in the state. North Carolina family law attorneys, like those at Miller Bowles Cushing, are paying close attention to this bill and how its enactment could affect their clients.

As the law stands now, divorce in North Carolina is a fairly easy thing to achieve. North Carolina is a no-fault divorce state, meaning that to obtain a divorce, neither party is required to show fault on the part of the other party. There are only two requirements that must be met in order to obtain a divorce in North Carolina: 1) one of the parties must have resided in North Carolina for six months before the filing of the divorce action; and 2) the parties must have lived separate and apart for one year. “Separate and apart” requires both a physical separation and an intention on the part of at least one of the parties to cease cohabitation with the other. After these requirements are met, the parties can file for a divorce and have the Judgment signed by the Judge. After the Judgment of Divorce is entered, all rights arising out of the marriage end and either party may marry again without restriction.

The one-year waiting period required in North Carolina is longer than most other Southeastern states. For example, both South Carolina and Virginia have a waiting period of no more than one year, while Georgia and Tennessee have a waiting period of only a few weeks. Additionally, in Florida, a couple only has to file online to obtain a divorce, while Alabama has no waiting period whatsoever. Although North Carolina’s waiting period is already longer than most other surrounding states, state lawmakers are considering making it even longer, while adding additional requirements in order to make a divorce more difficult to achieve in the state. North Carolina Republican Senator Austin Allran, representative of Alexander and Catawba counties, recently proposed Senate Bill 518, dubbed the Healthy Marriage Act, in an effort to completely revise and make more rigorous the requirements to get a divorce.

Senator Allran was quoted by local news station WRAL as saying “[n]orth Carolina has a very high divorce rate – one of the worst – and it’s probably because we’ve been lax in our divorce laws. Made it too easy.” As reported by WRAL, the U.S. Census Bureau ranks North Carolina 19th nationwide in highest divorce rates. The Healthy Marriage Act proposes to combat this divorce rate by rewriting key provisions of N.C.G.S. §50-6 and §50-8. First, the Act suggests elongating the waiting period required before being able to file for divorce from one to two years. Second, at the beginning of the two-year waiting period, the Act requires the spouse seeking the divorce to give a written notice of intent to file for divorce to the other spouse. Third, the Act does away with the requirement that the spouses live separate and apart. During the two-year waiting period, the spouses are still allowed to live together. And finally, during the two-year waiting period, the Act requires both the husband and wife to each complete courses on improving communication skills and conflict resolution. If there is a child involved, the spouses must also each complete a four-hour course on the impact of divorce on children. According to the Act, once these requirements have been satisfied, the couple may proceed with filing for a divorce and having a Judgment signed by a Judge.

While lowering the divorce rate is an admirable goal, many in North Carolina question whether those who truly desire a divorce will be able to adhere to the stringent requirements placed on them by the Healthy Marriage Act. Furthermore, there are those that feel that the two-year waiting period unnecessarily elongates an already stressful and often contentious process without providing any added benefit to the couple. In light of the extreme changes Senate Bill 518 proposes to make to the current law, family law attorneys throughout the state of North Carolina are paying close attention as the bill makes its way through the House and Senate this session. Should the bill pass, major changes would occur for North Carolina family law attorneys and their clients regarding the path to divorce and all of the issues surrounding that path. Regardless of state lawmakers’ decision surrounding the Healthy Marriage Act, speaking with a family law attorney should always been the first step for those beginning the process of divorce to ensure that the process in managed smoothly.